I became interested in three-panel paintings over 25 years ago. This continuing fascination has brought me closer and closer to the basis of all triptychs, namely the folding altarpiece. While my concerns may have been purely formal at first, my efforts have focused more and more on their content, at least since 1983. For over more than ten years, I worked with the themes that I feel are the three cornerstones of the altarpiece, namely the Annunciation, the Crucifixion, and the Resurrection. One of my great interlocutors has been the Isenheimer Altar (1512-1515) by Matthias Grunewald of Colmar (France), whose abstract use of color and the excellent execution of theme make it one of the most significant works of European painting.

This study of the Isenheimer Altar led to large; three panel pieces on the three themes of the altarpiece, each of them 200 cm high and 500 cm wide.

Over the next years, I made a number of multi-paneled works that no longer addressed only the Isenheimer Altar, but other themes as well. What fascinated me most in this series was the challenge of translating the narratives of my models into chromatic painting. The meditative moment was very important, as was the transposition of themes into emotional color spaces. But in parallel, I began to think about painting a piece on the color yellow. 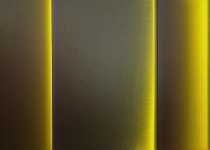 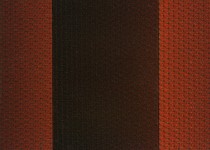 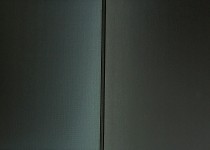 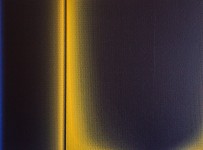